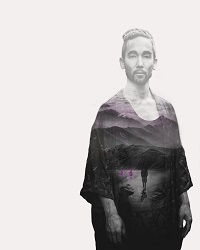 Sansei: The Storyteller examines the Japanese Internment through spoken word and dance.