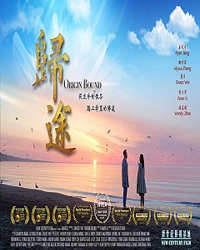 × Created by New Century Films, "Origin Bound" is a story of inspiration. Filled with positivity and optimism, the film brings people warmth, hope, and light. "Origin Bound" has been recognized with over 12 awards from international film festivals. The movie has been released in Canada, Taiwan, Australia, and other countries — with ticket sales thriving.

The story tells of a famous Chinese movie star counting down the last 100 days of his life. At the prime of his career he received a medical death sentence. How does he face his imminent death? What choices did he make? How did he react? And how did miracles emerge in times of desperation?