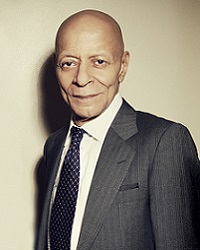 Marion Cowings is a bandleader, singer and educator. He was mentored by the legendary vocalist Jon Hendricks, and while still in high school was chosen as a vocal soloist with Leonard Bernstein and the New York Philharmonic. He went on to replace Dave Lambert in the ground breaking Lambert, Hendricks and Ross, and over the course of his career has appeared at venues such as Lincoln Center, the Blue Note New York and Tokyo, the Berlin Jazz Festival, and in Holland’s North Sea Jazz Festival

Patrons can print E-tickets. Tickets purchased online can be picked up at the Box Office, either during regular Box Office hours, or at Will Call.