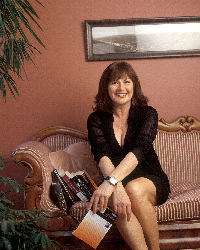 Canadian cultural icon, comedienne and social activist Mary Walsh will perform some of her best comedic bits and most popular characters from Dancing With Rage, CODCO and This Hour Has 22 Minutes, along with up-to-the-minute local political satire.

No stranger to television audiences, Mary Walsh may be best known for her work on This Hour Has 22 Minutes, CBC’s wildly popular take on current affairs. The series, which she also created, earned her many of her numerous Gemini awards and showcased her dynamic range of characters, including the flagrantly outspoken ‘Marg Delahunty’.

She is the winner of over thirty Gemini Awards both for her writing and performances. Among her many awards and doctorates, Mary is also the recipient of the Order of Canada

NOTES: Patrons cannot print E-tickets. All tickets purchased online must be picked up at the Box Office, either during regular Box Office hours, or at Will Call. No refunds on tickets $2.00 fee per ticket for exchanges